Electric Vehicles: Do They Have a Future in Freight? 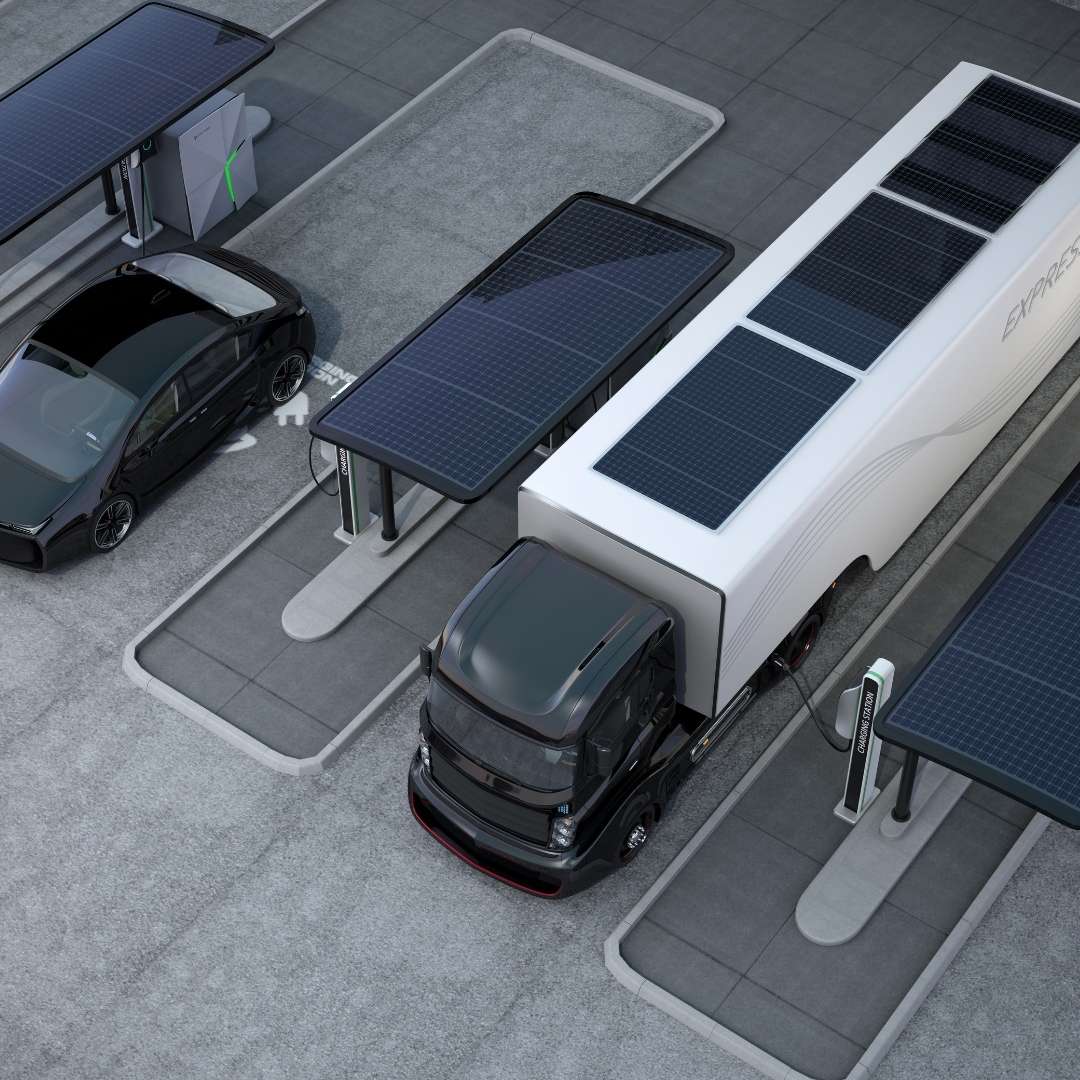 Do electric vehicles have a significant future in freight?  Despite a recent study, which demonstrates that current real-world refueling costs for electric vehicles is greater than that of gas vehicles, many experts are convinced that electric freight vehicles and electric light commercial vehicles have a real future in the logistics industry. Some analysts predict that in ten to fifteen years, roughly one-third of all commercial vehicles will have either hybrid or full electric power.

The Rise of Electric Commercial Vehicles

Electric vehicles, long an alternative-fuel staple in the consumer market, have been slower to gain momentum in the commercial market. However several vehicle manufacturers, along with advocates in both the public and private sectors, are encouraging the adoption of electric freight vehicles for the logistics industry. While diesel remains – for now, at least – the reliable fuel choice for commercial vehicles, electric power is gaining momentum.

Despite a recent study, which demonstrates that current real-world refueling costs for electric vehicles is greater than that of gas vehicles, many experts are convinced that electric freight vehicles and electric light commercial vehicles have a real future in the logistics industry. Some analysts predict that in ten to fifteen years, roughly one-third of all commercial vehicles will have either hybrid or full electric power. All major commercial truck manufacturers in the United States have introduced at least one electric freight truck, with plans to continue developing the technology necessary for widespread adoption.

Barriers to mainstream deployment of electric commercial vehicles include:

Electric freight vehicle manufacturers are collaborating with governmental agencies to overcome these barriers. Proponents have seen some success with electric freight trucks in real-world applications, although most successful examples still depend upon public or private partnerships to support the costs of developing technology and infrastructure.

Because electric vehicles create no tailpipe emissions, they are unique in that their total emission footprint is solely the emission footprint of their power source. Electric vehicles do not directly produce greenhouse gases or air pollutants. Experts are clear that we will need to improve the electric grid, because simply switching from diesel and gasoline to coal-fired power plants makes little environmental sense.  As mentioned in our recent blog post, Drive Toward Sustainability With These Three Tactics, the transportation industry today accounts for twenty-nine percent of total U.S. greenhouse gas emissions. Wider spread adoption of electric vehicles in the commercial sector has the potential to make a significant impact on the reduction of greenhouse gas emissions.

In Implementing Electric Vehicles: The Next Step in Commercial Transportation, Mike Gould, COO of Zonar (pioneering smart fleet management solutions in vocational, pupil, mass transit and commercial trucking industries), reminds us, “At present, the proposed $1 trillion infrastructure bill includes $7.5 billion for EV charging stations focused on connecting rural and historically disadvantaged communities, $7.5 billion for zero- and low-emission buses and ferries and $73 billion to build a more robust electrical grid. Though these amounts are lower than some original proposals, the bipartisan nature of this bill indicates legislators across the aisle recognize the need for advanced transportation infrastructure. This raises our hopes for more investment in the future.”

While the widespread adoption of electric freight trucks is still rare and often impractical in many parts of the country, the unique environmental and regulatory environment of southern California has created a perfect incubator for the advancement of electric vehicle technology. California has used grant money to match private sector investments with an overall goal of reducing greenhouse gas emissions, but also to help offset the high costs of battery technology. Electric commercial vehicle manufacturers hope that as technological advances and scalability help to bring down costs, the logistics industry will rely less on government grants and incentives, and electric freight trucks will become more affordable in line with diesel-powered commercial vehicles.

Other major commercial vehicle manufacturers are entering the market with similar examples of electric freight trucks. Volvo has partnered with California’s Air Resources Board using twenty-three electric vehicles to haul port freight over short distance routes in the Los Angeles area. Schneider has announced it will add fifty Class 8 battery-electric vehicles to its Southern California intermodal operations beginning next year in 2022. Navistar has introduced a new line of electric freight trucks, which includes a full-service consulting arm aimed at helping fleet customers make the switch from diesel to electric as easy as possible. Tesla’s Semi is also a well-known contender.

Industry Experts: Electric Commercial Vehicles Have a Future in Freight

Daimler Trucks North America (DTNA) President and CEO Roger Nielsen recently shared his thoughts on the future of the trucking industry and the role of electric freight vehicles. He believes that electric powered trucks are the ultimate future of the industry, but also believes that it will take some time with advancements in other alternative fuels, including hydrogen fuel cells and compressed natural gas (CNG), to bridge the gap between today and what he sees for the future.

Nielsen and DTNA prefer to focus their attention on preparing for the future of widespread electric commercial vehicles, instead of spending resources exploring other fuel alternatives. “Companies put a lot of money into CNG, which is an interim technology, which could mean it might last for 25 or 30 years, but it’s not the end game,” he explained. Nielsen also believes the industry as a whole must cooperate for commercial electric truck technology to become viable. DTNA is working with the Charging Interface Initiative, an international group working to create a standard global electric vehicle infrastructure, such as a universal charging interface. “When you get unleaded fuel, you don’t want the Shell station to have a different nozzle than the Exxon station. To get the industry to cooperate on a universal charger is not easy, but I think we’re well on our way.”

Nielsen also believes that electric commercial vehicle manufacturers must work with customers during the development process to ensure that the vehicles being made can adequately meet customers’ needs and preferences. Before, DTNA would develop a new electric freight vehicle and complete all testing itself before introducing it to the marketplace. But Nielsen now wants customers involved in the process, both to ensure that they like the product and that drivers and support workers are familiar with electric trucks and the possible applications for electric freight vehicles. Because electric freight trucks drive differently and require different service than fuel powered vehicles, DTNA wants to avoid surprises and make sure drivers are ready when the time comes to scale up. In addition to customer input, DTNA also offers a network of service providers to help customers avoid vehicle downtime as they transition to electric.

DTNA has learned a lot about what it takes to develop a viable electric freight truck. While many companies are moving to quickly introduce their own electric commercial trucks to the market, Nielsen has learned the hard way that it can be a difficult process. “It’s more than just putting batteries on a truck. A vehicle is more than a powertrain. A customer wants his truck to be safe, dependable, reliable, which means everything from brake pads to the safety systems, to advance cruise control/adaptive cruise control, analog brakes, and even how does the truck handle different road conditions. …We have that kind of experience and we know what test conditions we are going to have to put these electric freight trucks through before a customer will be happy.”

The transportation industry has proven capable of impressive innovation. The demand for reliable, low-impact commercial vehicles continues to move the industry toward new solutions. It may take some time for electric commercial vehicles to gain dominance in the freight industry, but we know that as needs change, technology and innovation will help the industry to adapt, progress, and rise to the challenge.